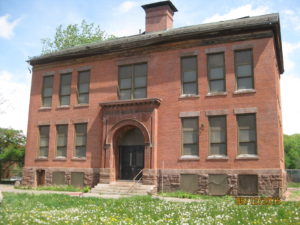 Strategically located between the Artists Collective and the Albany Avenue branch of the Hartford Public Library System, rehabilitation work on this long vacant Victorian-era school building halted due to the city’s budget crisis. At the very least, funds need to be allocated for interior stabilization and abatement in the interior so that the proposed work can be completed at a later date. Further delay may also increase the project cost if allocated Historic Tax Credits of $682,000 forfeited. 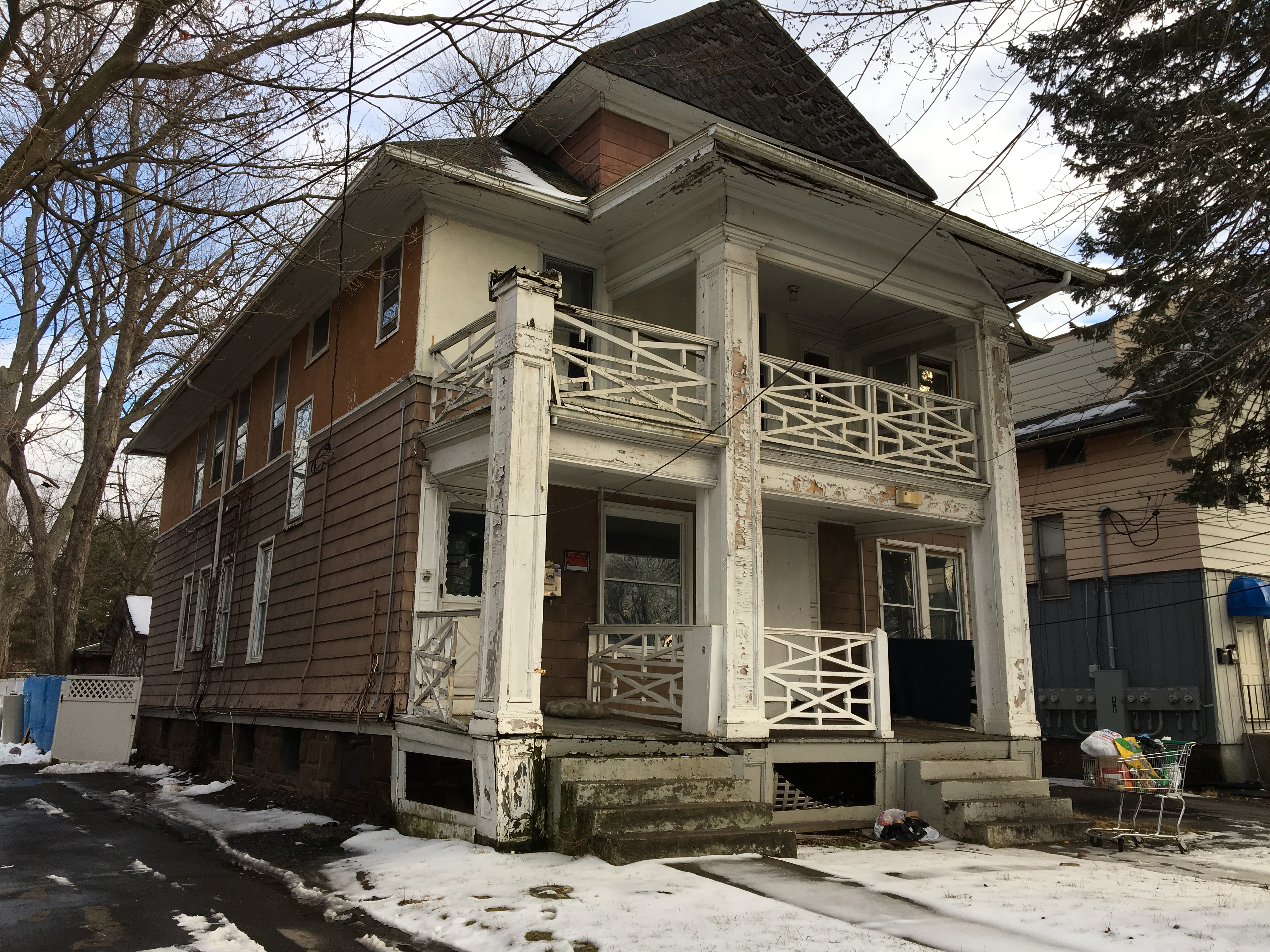 Known for his many house designs in the West End, prolific Hartford builder William H. Scoville built two-family houses such as this for the developing middle class market. The elaborate front façade and porch design and original shingles are in danger of being lost to the convenience of vinyl siding and composite materials. Repair and restoration of the exterior architectural elements qualify for the Connecticut Historic Homes Rehabilitation Tax Credits. 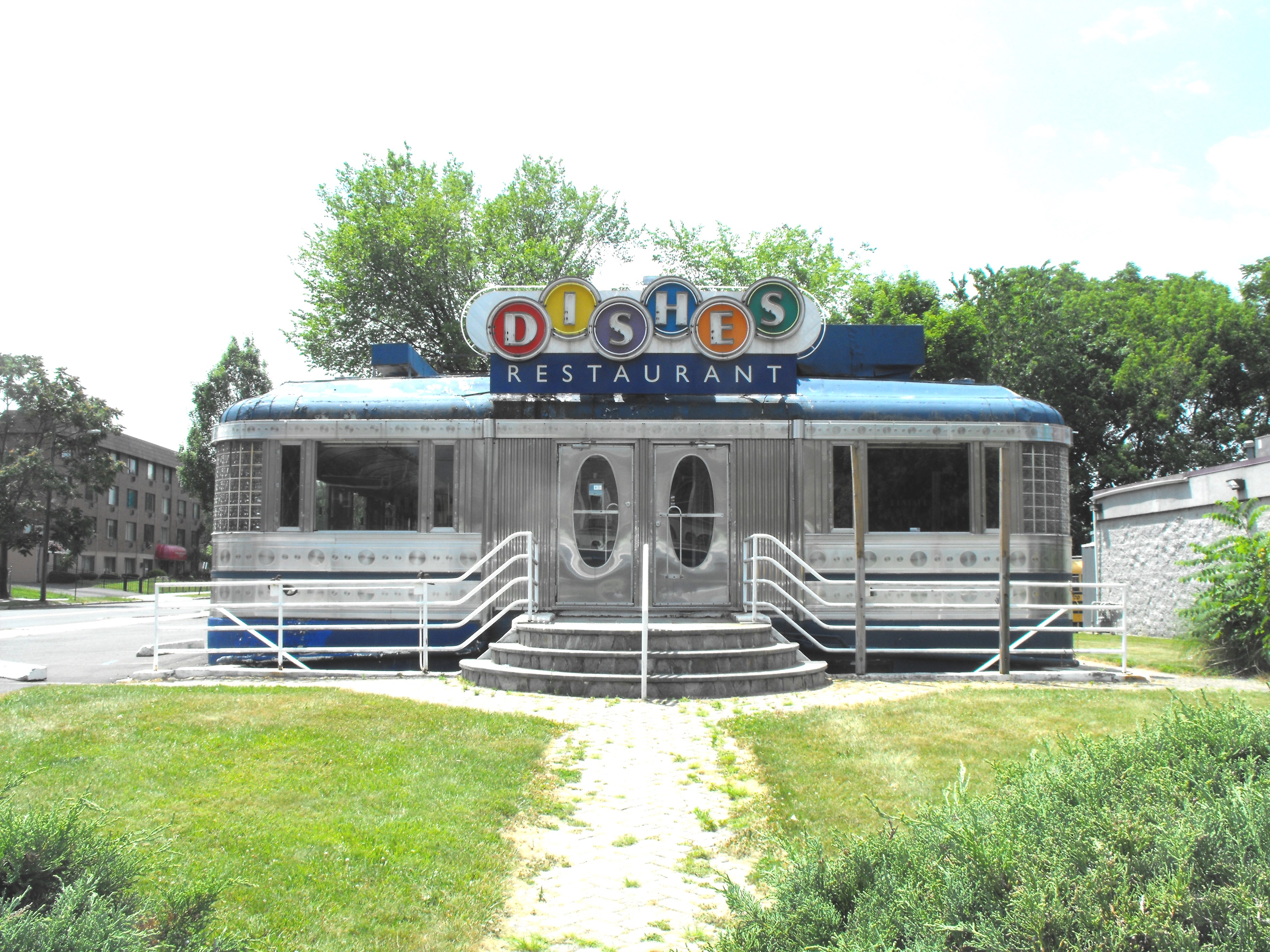 Recognized as threatened and endangered since our inaugural list in 2015, the Comet is still threatened.  While the newly adopted Form Based Zoning Code guides any new construction and/or infill for this site, our municipal preservation protections would not preclude the moving of the diner to another site, including out of state. A visionary developer who sees the diner as a jewel and not a roadblock is needed to help jump start the redevelopment of this area of the Farmington Avenue Corridor. 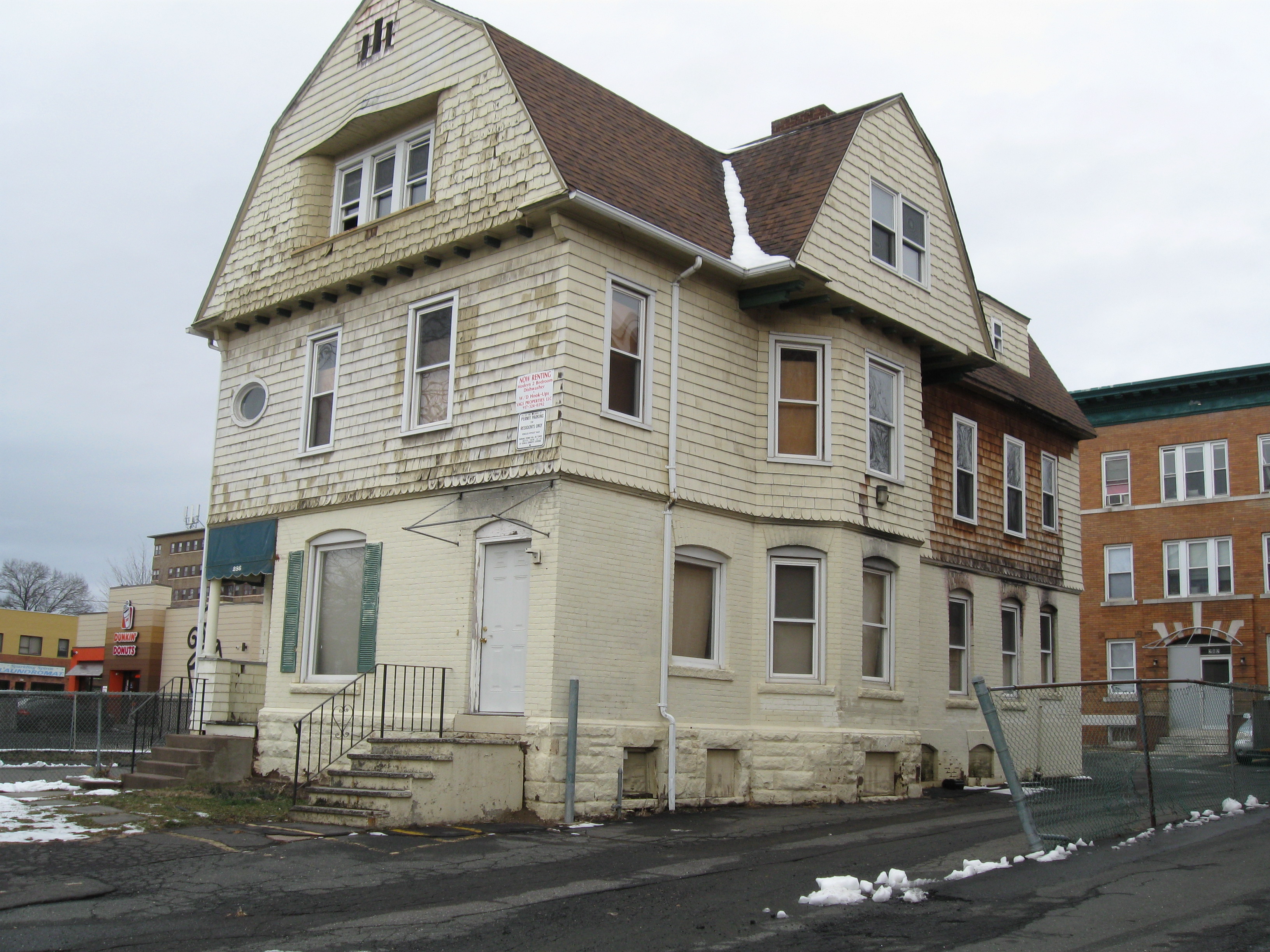 A stone throw away from The Comet sits this late Victorian-era classic. Vacant buildings beget more vacant buildings and depress the real estate values – and by extension, the value of the city Grand List. A concerted effort is needed to re-occupy historic properties especially one located along major commuter routes. Abandoned buildings serve as billboards that send an erroneous message that Hartford is not a place to live, work and visit. 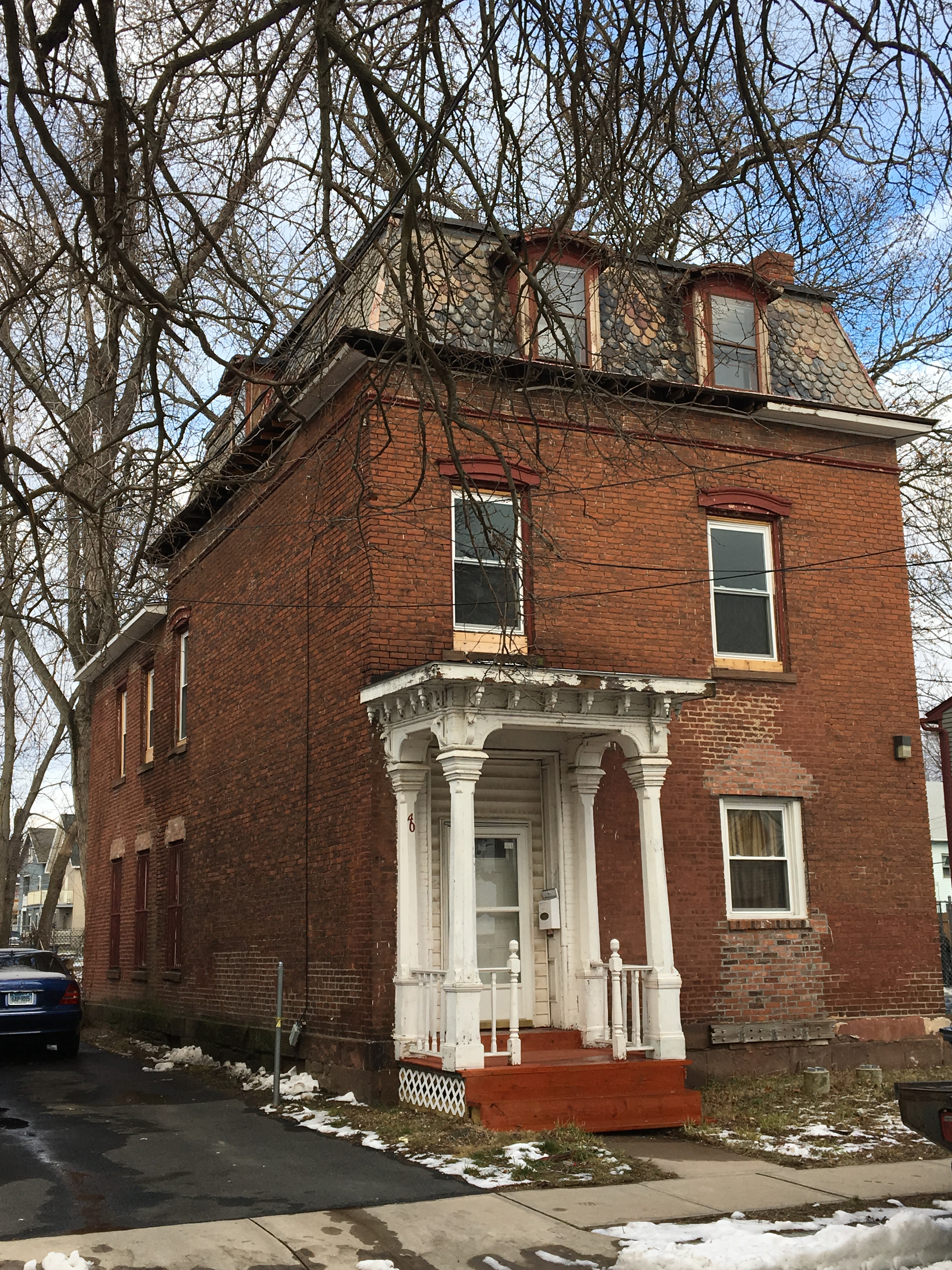 This Second Empire gem somehow managed to survive the late 1990’s blight “fix” of large scale demolition across the city. Purchased in 1905 by African American Booker Jones (who was born in slave holding Virginia in 1858), this Victorian-era home has architectural and historical pedigree. Although misguided window alterations, especially on the first floor, have caused damage to the design integrity, the original slate roof and porch details make this worthy of restoration. 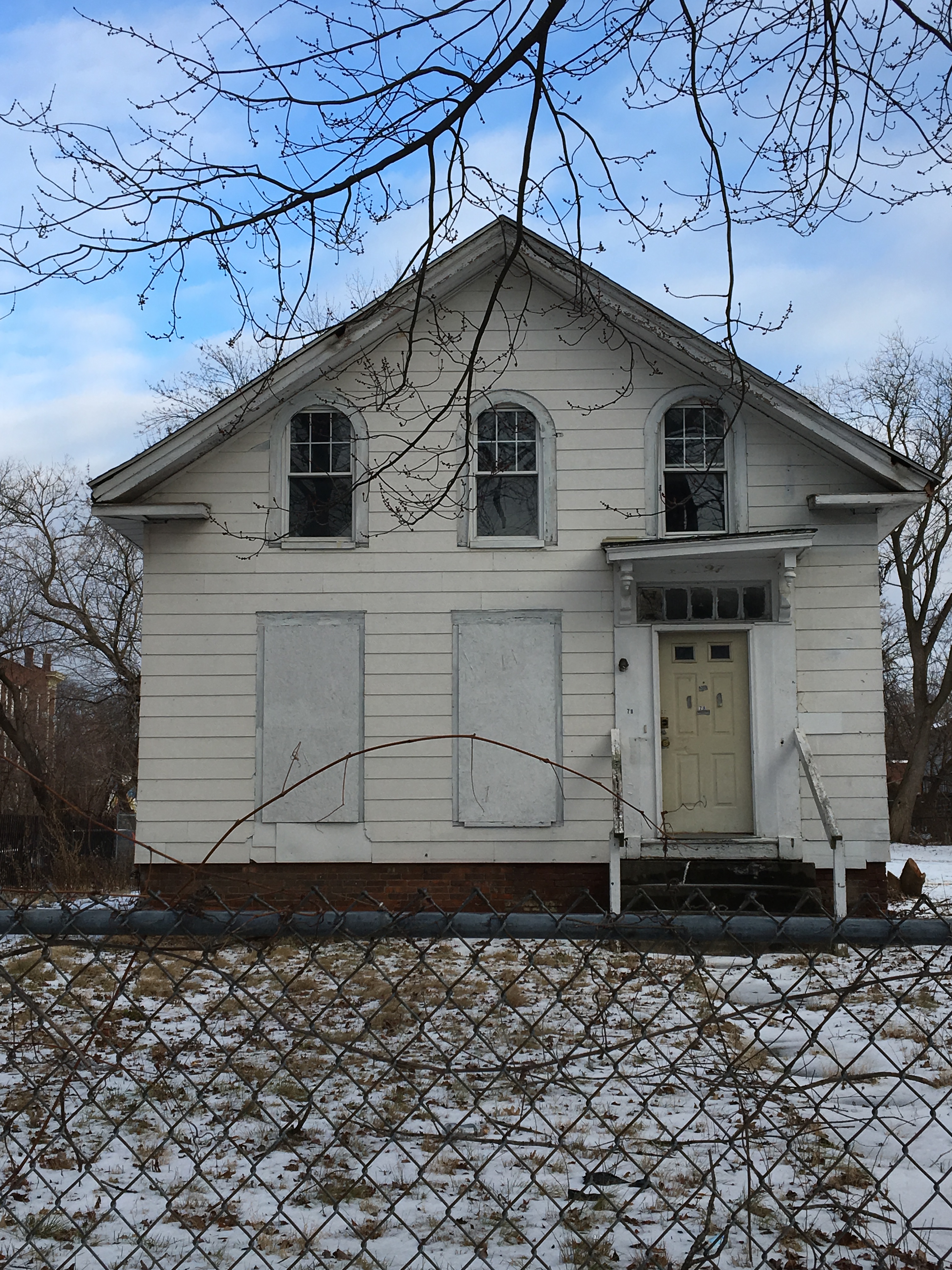 This unique cottage-styled home has somehow managed to survive into the 21st century. And while Hartford has an estimated 5,322 properties in designated historic districts, many more such as this are outside of the protection of the Hartford Historic Preservation Ordinance and ineligible for historic preservation funding. 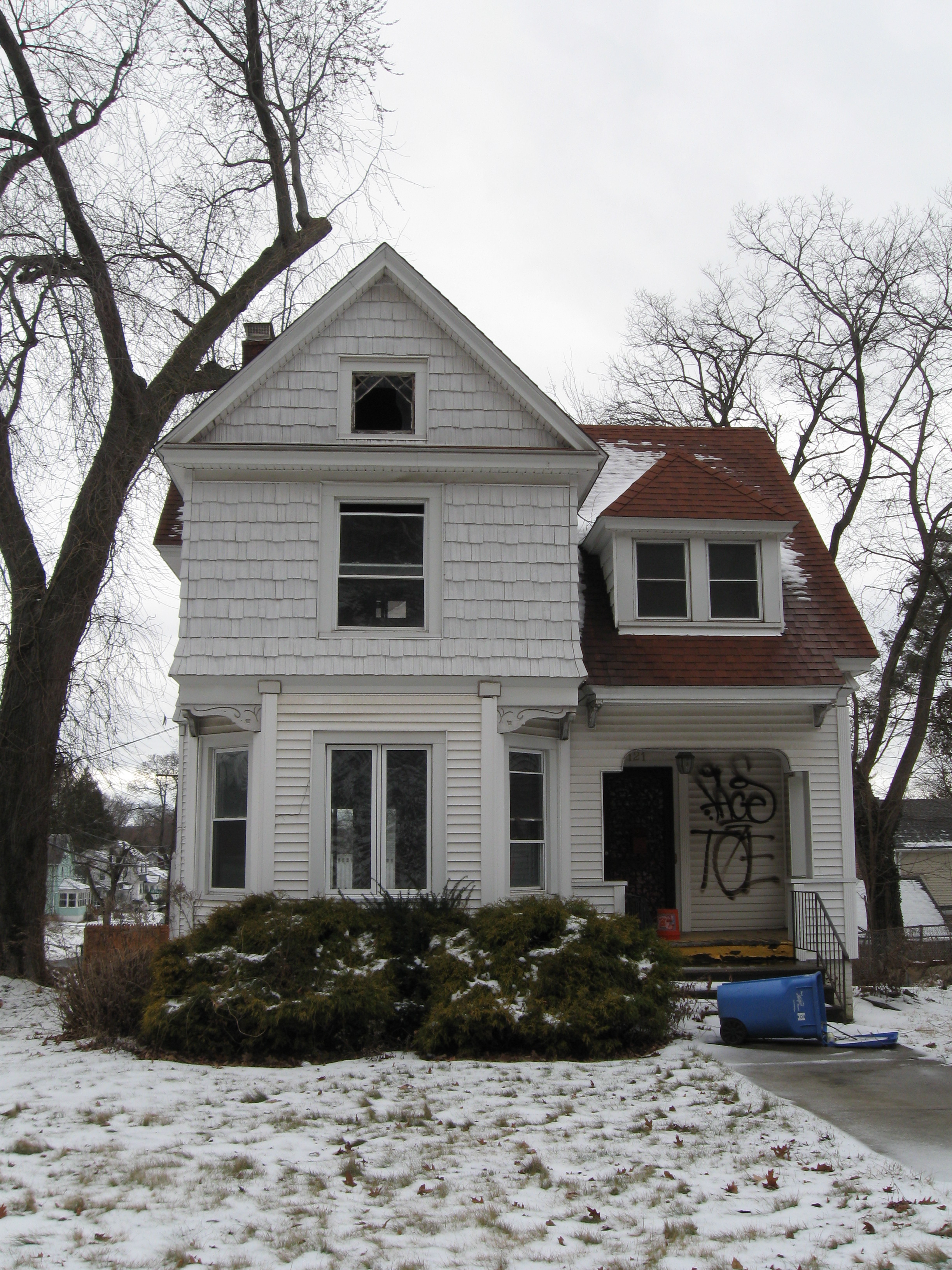 This late-19th century home is an example of Hartford’s Trolley Suburbs, the neighborhoods and towns that grew and flourished along the lines of the trolley cars. Attempts at remodeling seem to have halted, leaving an abandoned shell that is a magnet for vandalism and graffiti. 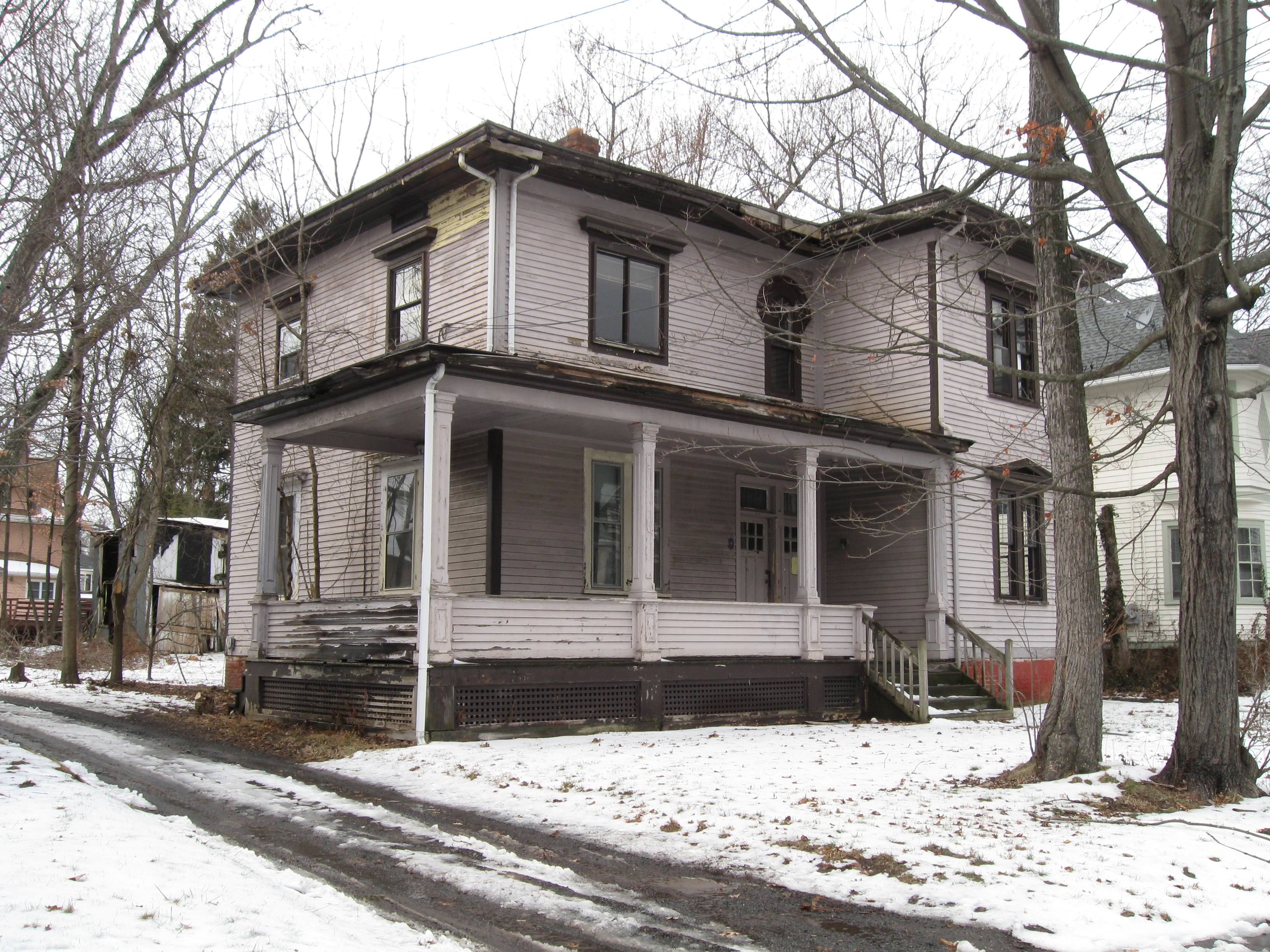 This house is part of the earliest development of Hartford’s West End neighborhood. Burdett Loomis and Joseph Woodruff’s development of the area south of Farmington Avenue was cut short by the national financial panic of the late 1870’s but houses such as these still survive. Protection under the Historic Preservation Ordinance and a strong, active neighborhood association will aid in saving this structure. But the longer a building is vacant, the greater the risk of destruction from neglect or fire. Vacant and blighted properties use a disproportionate amount of city resources (especially public safety) and negatively impact the value and marketability of the surrounding homes. 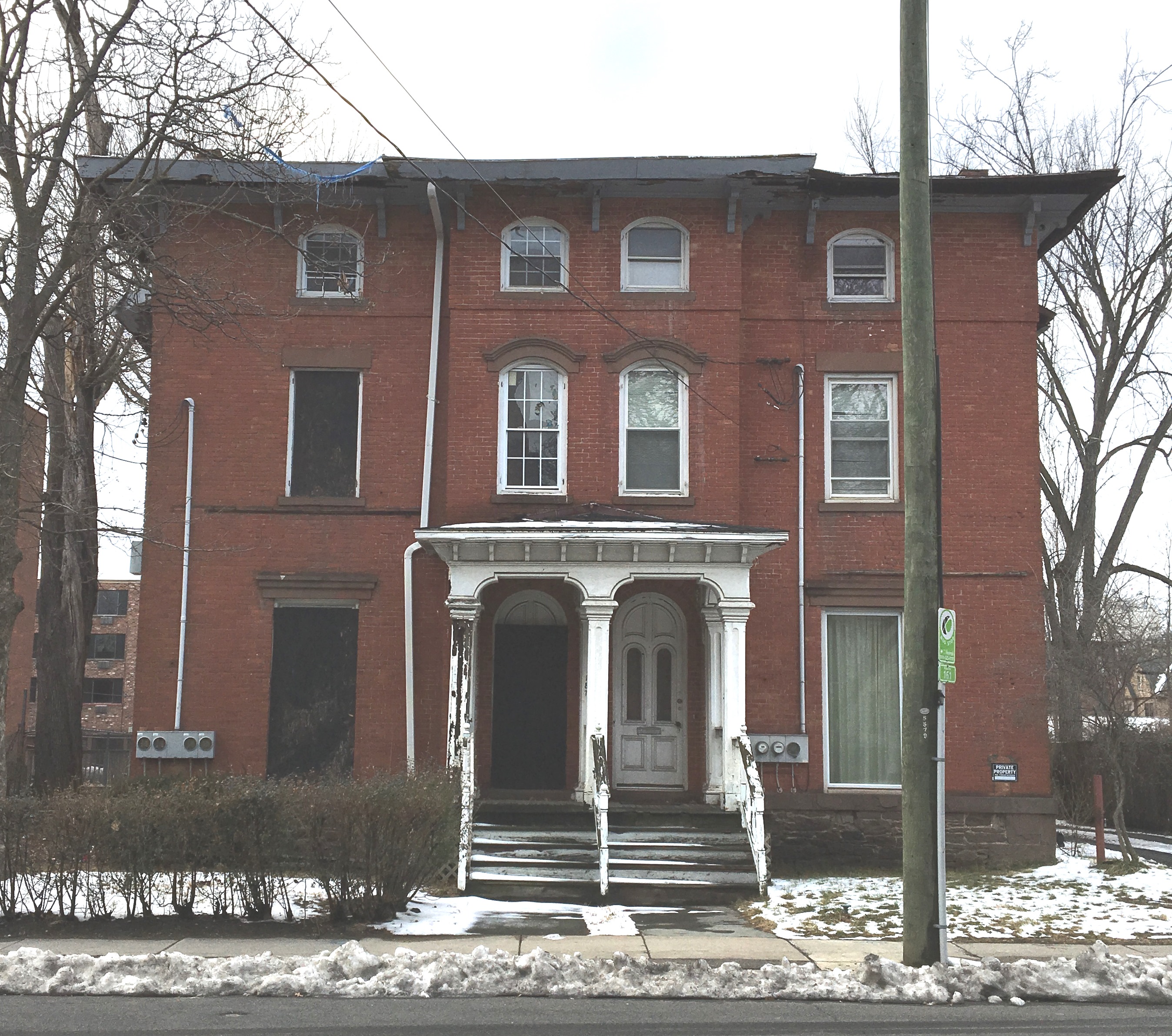 The classic Double House was a popular style for the upper middle class residents who chose “The Hill” for their home in the late 19th century. The abandonment of this home not only effects the neighborhood but also is directly impacting the homeowner of the adjoining home.

The Historic Tax Credit Program has been one of the most successful state economic development programs in Connecticut. Virtually all of the newly renovated downtown residential units – including 777 Main, Spectra Boutique Apartments on Constitution Plaza, the Judd and Root Building, Capewell Lofts and Capitol Apartments – were possible only through the use of historic tax credits. Now oversubscribed, an increase of the annual tax credit cap to $62 million is crucial not only to Hartford but to cities and towns throughout the state.

Revitalized buildings increase the city’s revenue and creates the demand for vibrant retail spaces. The Historic Tax Credit program has throughout its existence brought in a greater return of investment to the state than any other tax credit program. And, because tax credits are not issued until a project is finished, the state benefits immediately from investment in terms of sales tax paid for materials and increased construction spending.

Failure to increase the tax credit cap in this legislative session will put a halt to investments across the state and will have a particularly devastating effect on Hartford’s revitalization and economic growth.