On February 14, 2022, the Hartford Preservation Alliance announced its list of endangered buildings and sites for 2022. 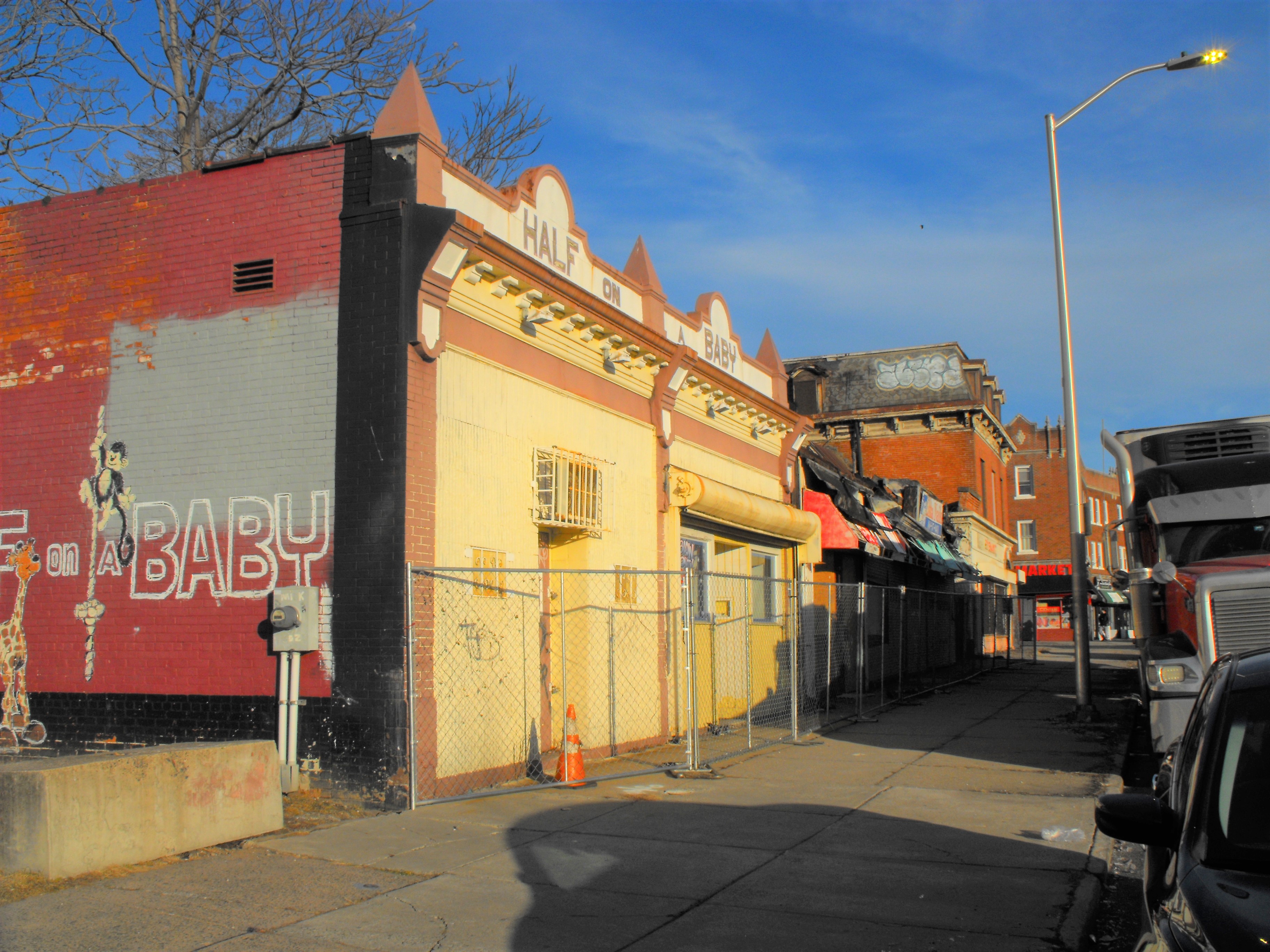 The former brewery and tavern at 270 Albany Avenue was listed on our first Endangered Buildings List in 2015. The City of Hartford has issued a Request for Proposal for rehabbing this and the adjacent buildings to the west but a recent fire one of these vacant buildings will mean the loss of space that could have housed four small businesses.  HPA joins with the Clay Arsenal Revitalization Association in hoping that a sale this year to a developer will restore the remaining buildings back into contributing resources in one of our oldest historic neighborhoods. 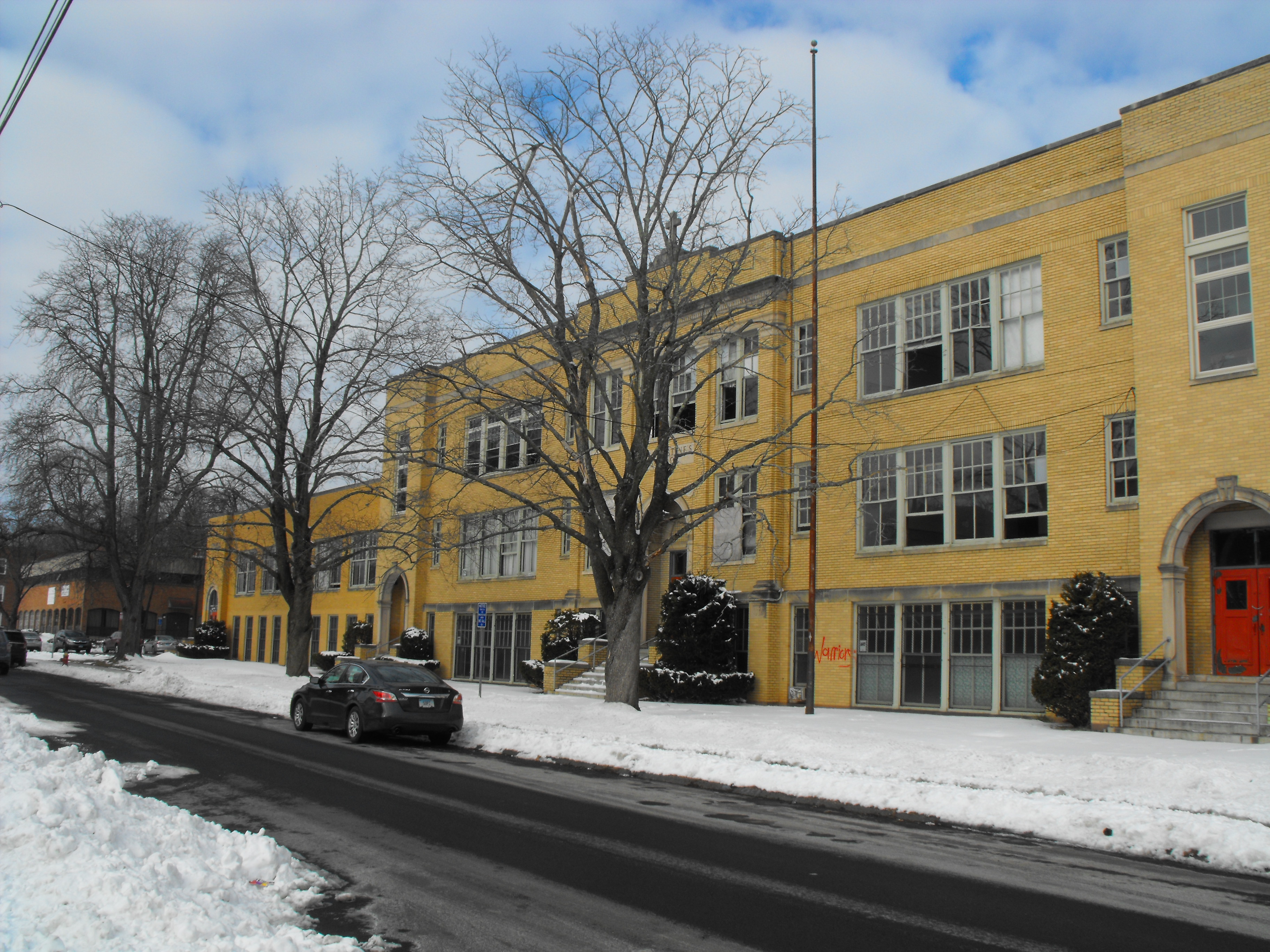 HPA and the Maple Avenue Revitalization Group had high hopes when the St. Augustine School building was sold to another developer last year after it appeared on our 2021 Endangered Building list. Unfortunately, the new owner has neither moved ahead with rehabilitation nor secured the building from the elements. This important neighborhood resource continues to languish and deteriorate since its initial sale by the Archdiocese of Hartford in 2018.

The partnership of Frank W. Whiton and John J. McMahon designed many of Hartford’s early 20th century schools including Kinsella, Naylor, Moylan, and Burr Schools. Public and parochial schools not only educated Hartford’s young citizens – they were and are important neighborhood assets and the centers of local community activity. 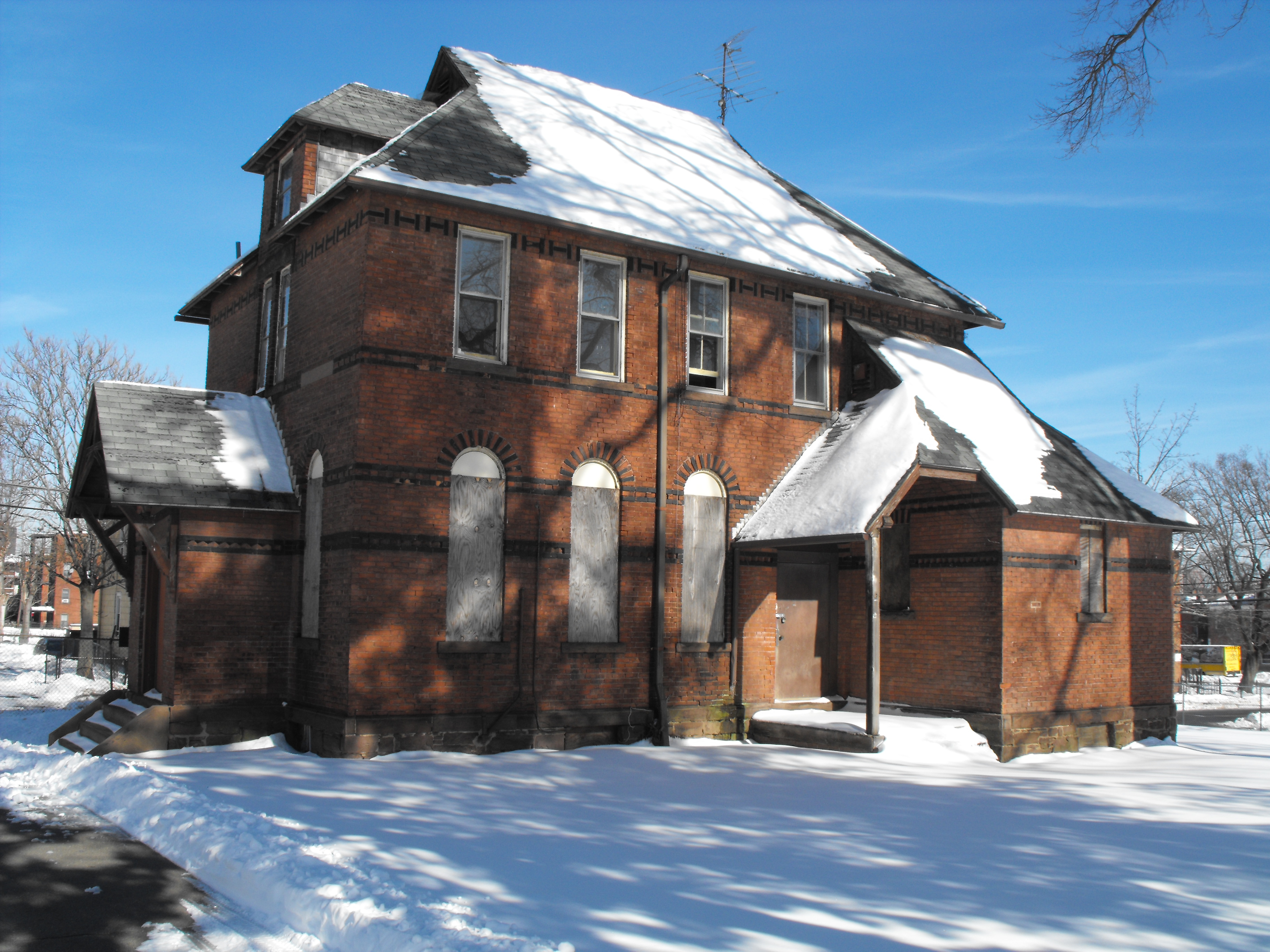 Although the fate of this one-of-a-kind Victorian-era chapel has received national attention, the owners remain adamant in their resolve to demolish the building. The loss of the chapel will not only be the loss of an important neighborhood asset but will severe a connection between past, present and future generations. 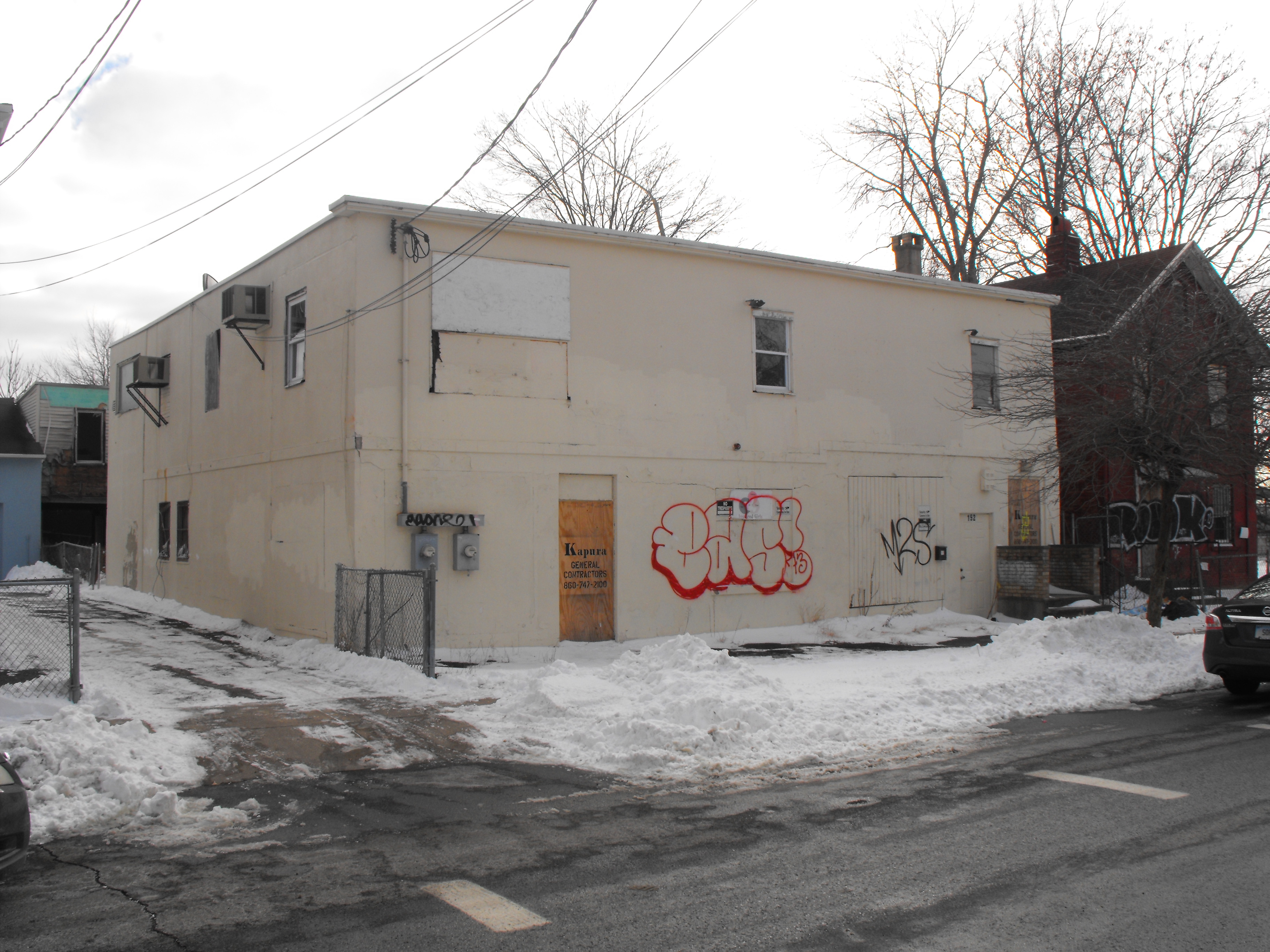 When French-Canadian immigrant Theophile Belanger and his business partners established their company at 152 Francis Street in the early 20th century, they were situated in the midst of a thriving manufacturing district and in the shadow of the Royal Typewriter manufacturing complex on New Park Avenue. After being briefly used as the Heritage Hall banquet facility, the site was the home of a Peruvian social club from 1967 until the early 21st century. 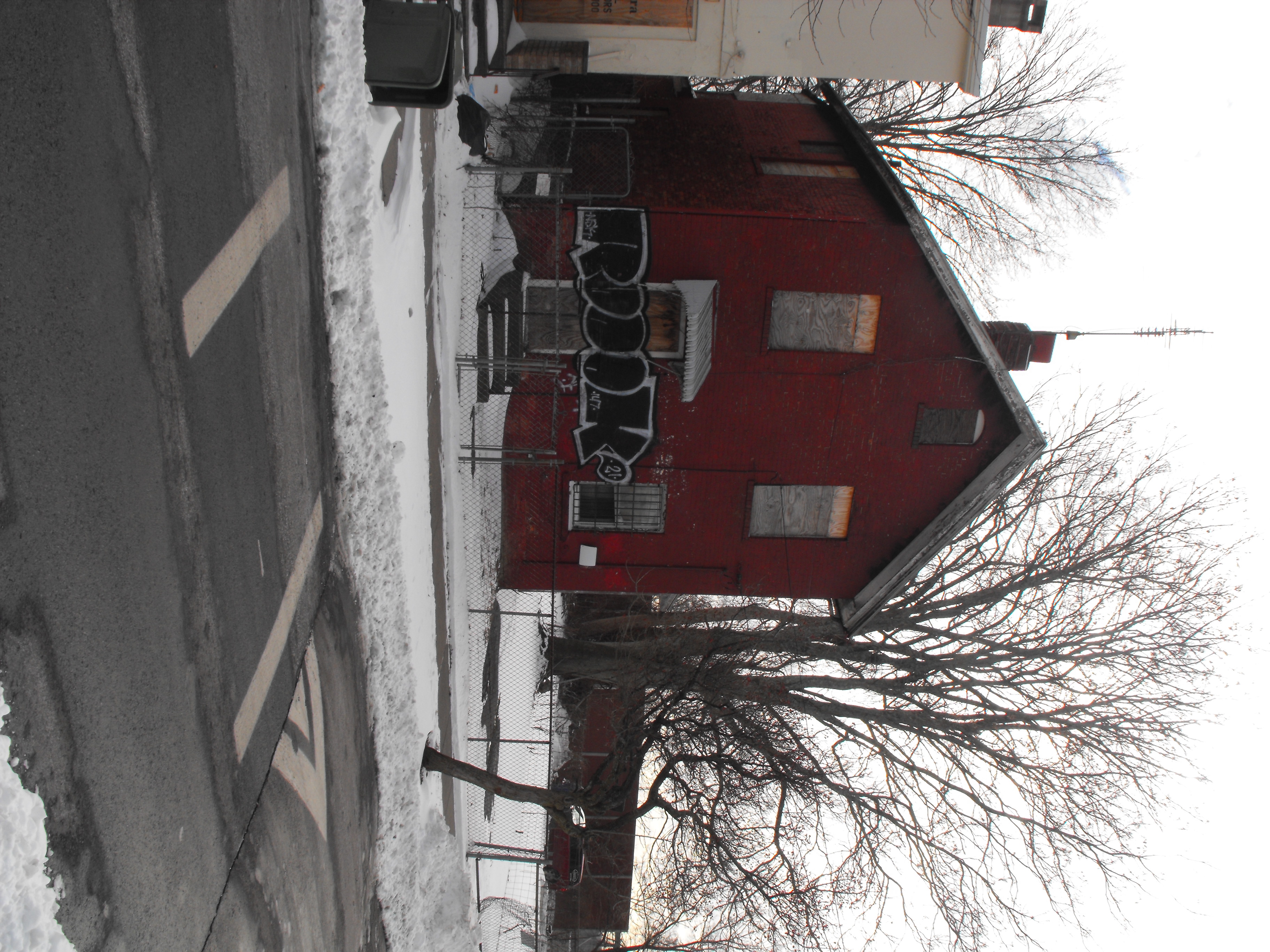 Historic District: Parkville National Historic District
Style: Vernacular residence
Year Built: circa 1886
Architect: unknown
154 Francis Street is typical of the buildings that were constructed in the late 19th century to house the working class like this house’s original owner Thomas Coyne, who worked for the New York Railroad and whose descendants occupied the house until the early 1970’s.

Saving 152 & 154 Francis Avenue from continued neglect and deterioration is important because of their proximity to the CTfastrak line and soon to be constructed senior housing at the corner of Francis Court and New Park Avenue. Homes like 154 Francis are also important to maintaining and creating owner occupied properties that are the backbone of thriving historic neighborhoods. 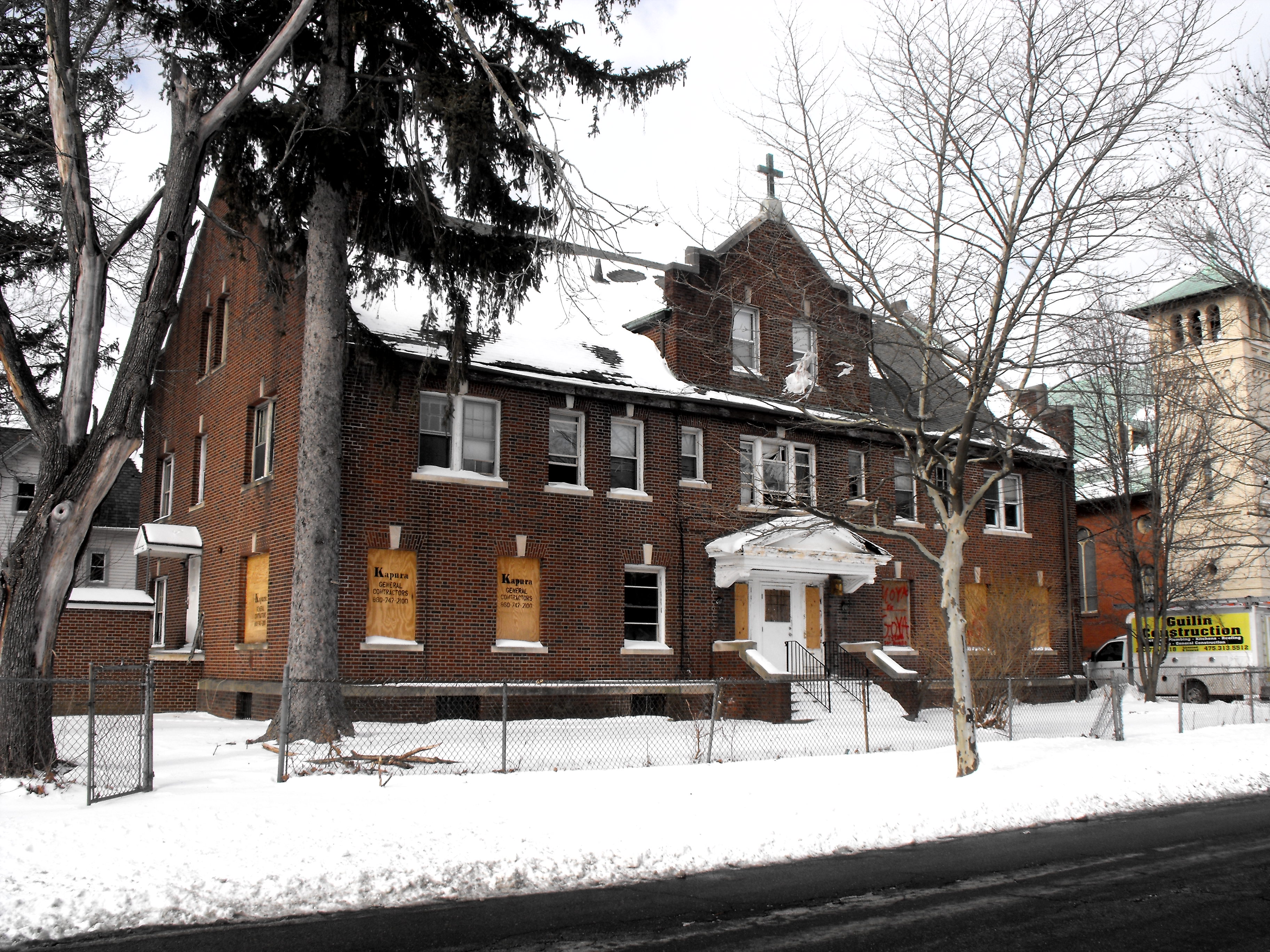 Built as the rectory for St. Michael’s Roman Catholic Church, the building at the corner of Clark and Capen Streets became the Amistad House in 1972, the first infant day care center in Hartford as well as a group home for high school age girls. After its closing in 1983, the House of Bread operated a men’s homeless shelter. The residents of the nearby Generations housing complex, created by the Community Renewal Team with the adaptive reuse of the old St. Michael’s school, and the neighborhood deserve better that the vacancy perpetuated by out-of-town owners. 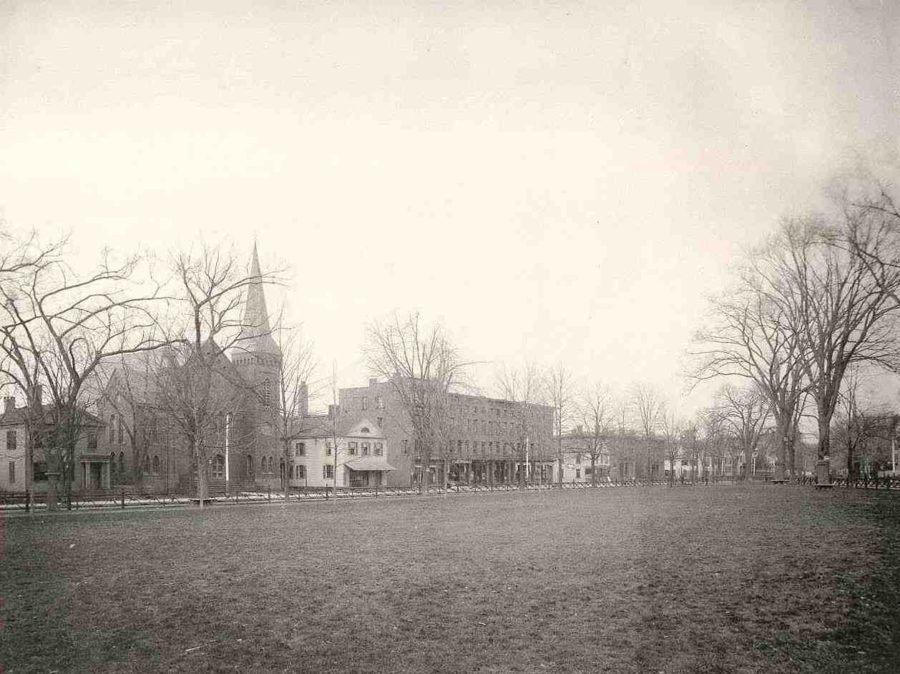 Barnard Park, also known as South Green, is one of the last recognizable sites in Hartford from the seventeenth century (the other being the equally much altered Ancient Burying Grounds). As part of the Hartford park system, it like many of our parks and cemeteries have suffered from inadequate maintenance and upkeep. A hold over of the town green or commons that in suburban and rural Connecticut towns hold pride of place, in centuries past the South Green was an important focal point for what was once the southern border of the city proper – cattle shows in the early 19th century, circus
shows and band concerts in the mid- to late-19th century and a gathering spot for parades.

Any plans at redeveloping Main Street should include an in-depth study of the historical development and uses the green and park including past plans designed by preeminent landscape architects Jacob Weidenmann (1870’s) and Charles Eliot of Olmsted, Olmsted and Eliot (1896). 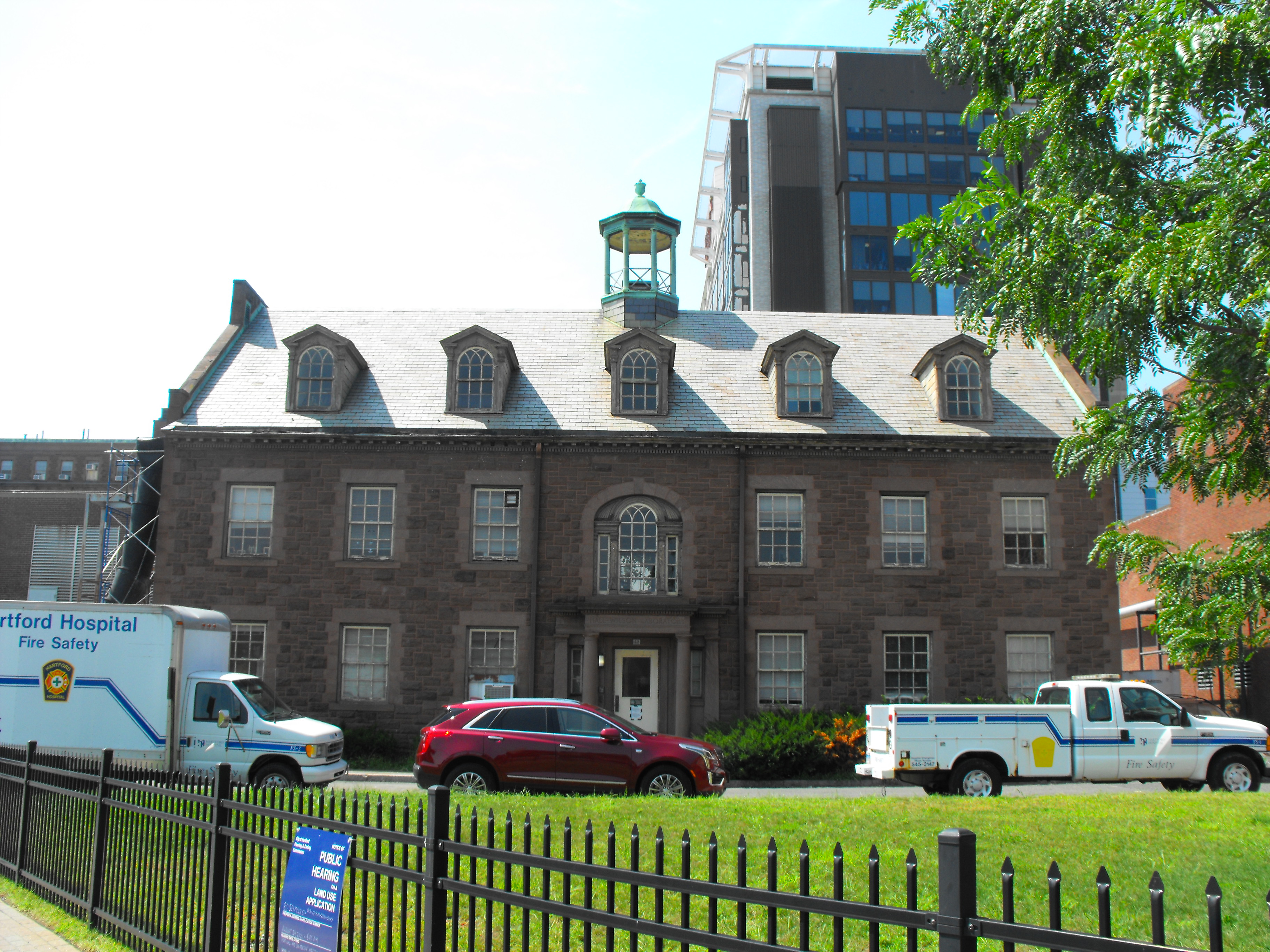 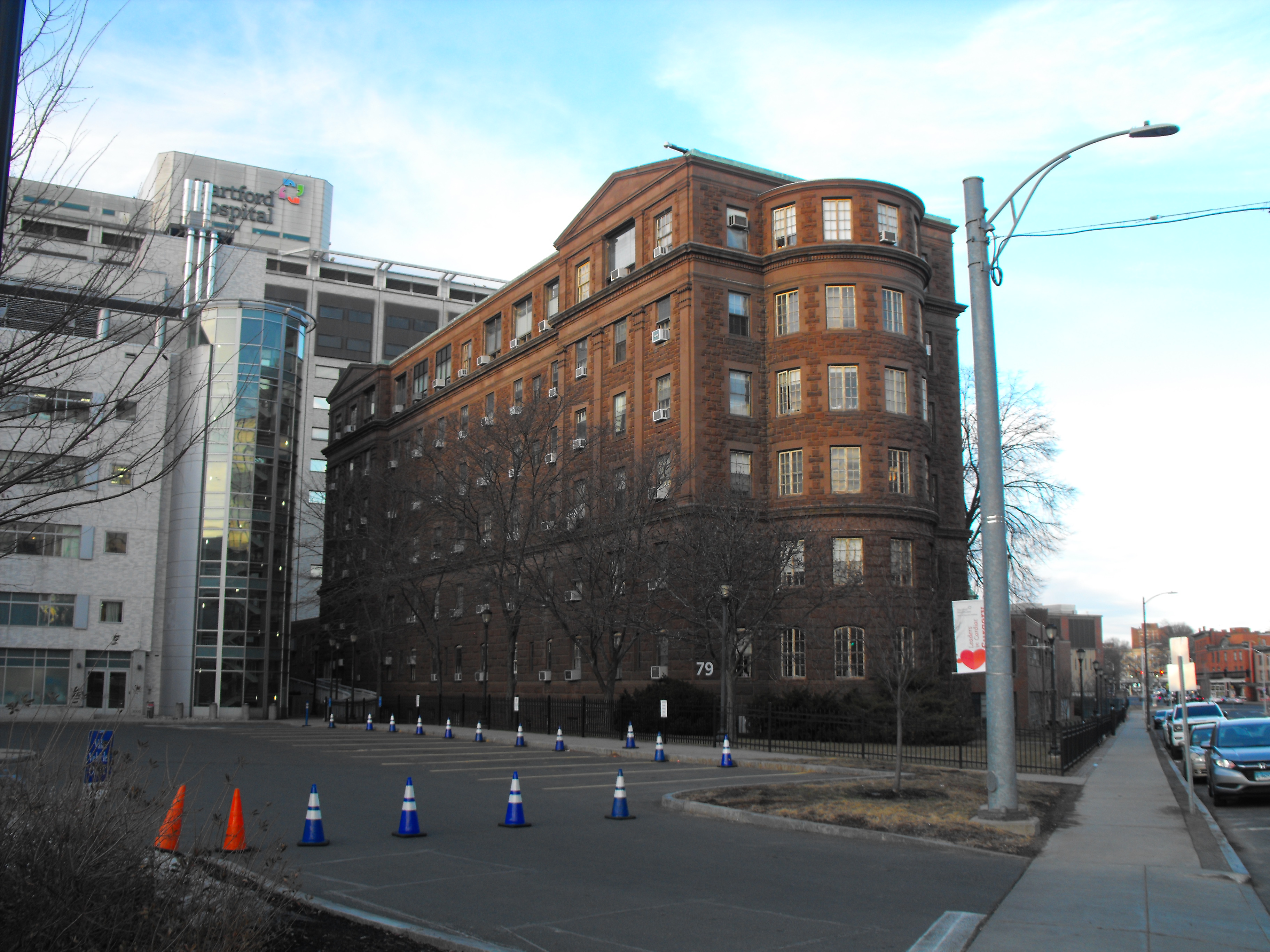 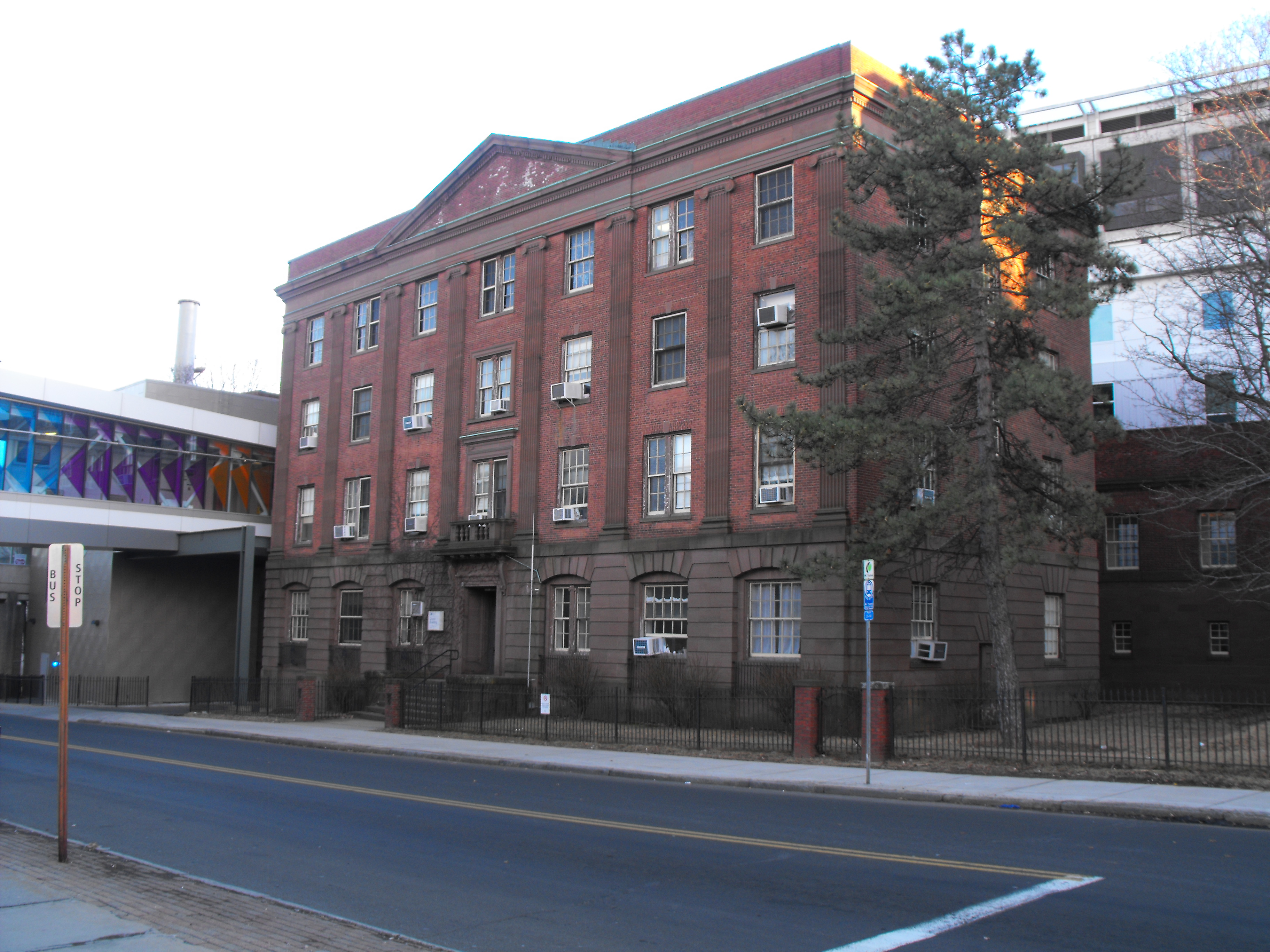 Since its inception in 1854, the generosity of Hartford’s citizens, including its most industrious and prosperous, have contributed to Hartford Hospital’s growth and its standing as a nationally recognized medical facility. Many of these gifts, from the turn of the 20th-century to the onset of the Great Depression, were not only dedicated wards and departments but actual buildings.   As stated in a Hartford Courant article from 1942:

Memorial buildings and memorial departments in Hartford Hospital have played a vital role in enabling it to maintain its position as one of America’s great community hospitals.

As the needs and technology of patient care evolve, these ‘relics’ of an earlier time may be sacrificed for new construction, as has already been seen with the demolition of the Children’s Ward and the Barney Building. Given the role that the Hartford community played in its development, it can only be hoped that the current Hartford Hospital administration provides for transparency and a mechanism for  community involvement and conversation in future planning for the main campus as well as the surrounding vacant properties it has acquired in the last 20 years.

The Liberty Christian Center International church building has stood as beacon and landmark of the Upper Albany neighborhood since its construction. At the suggestion of the architects, the congregation was able to get the owner of their former church building at 1091Main Street to donate the steeple, portico and doors from the original 1850 structure and had them incorporated into the new structure. 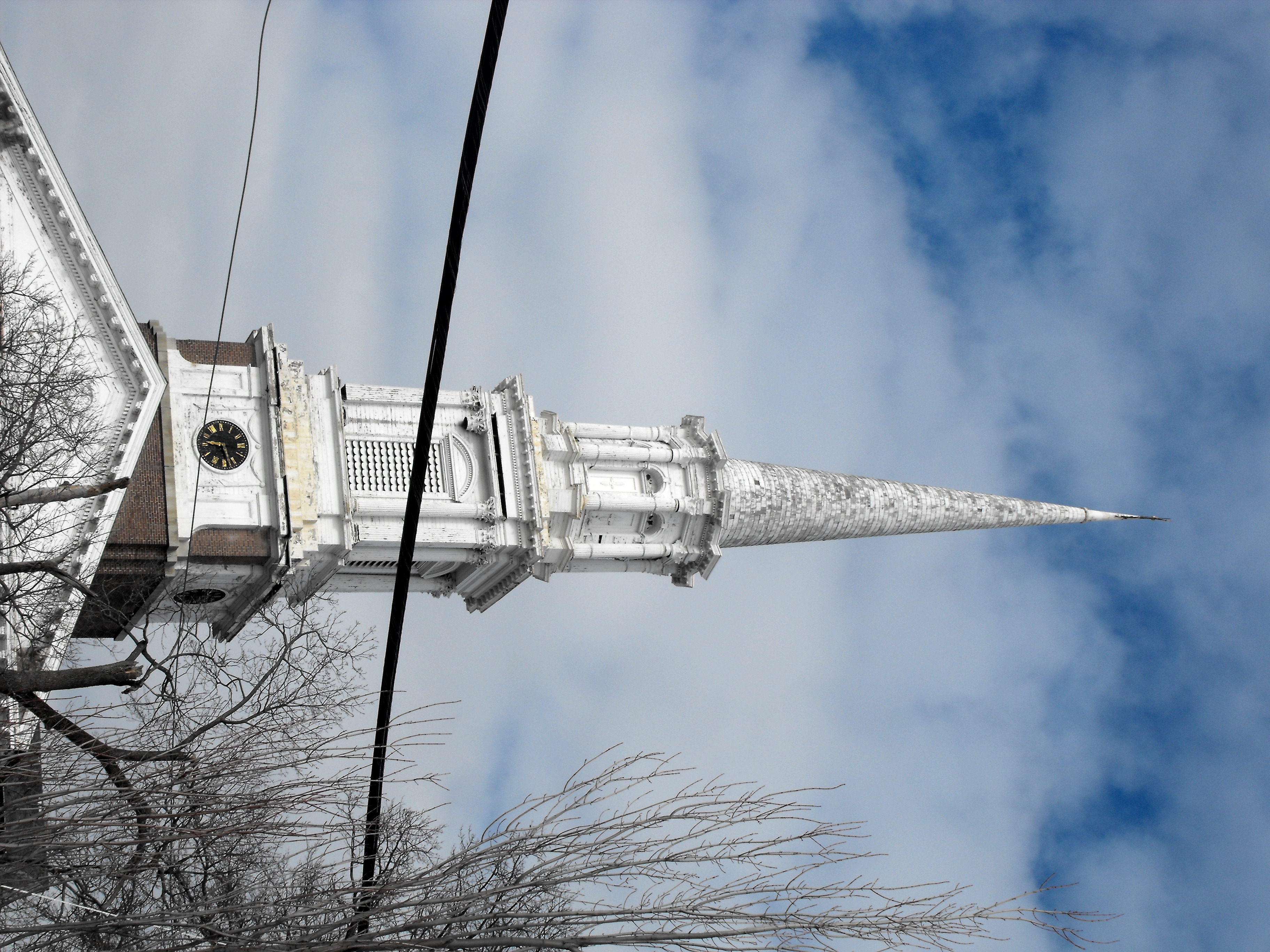 upkeep and maintenance of their buildings. The congregation has worked diligently to maintain this priceless community treasure and are now in need of assistance in completing costly restoration work on the steeple and portico. Representatives from the church recently met with local and state preservation partners to begin searching out available resources. We hope that publicizing the needs of this landmark building will result in descendants of past congregants stepping forward to help preserve an important part of their and the city’s history.