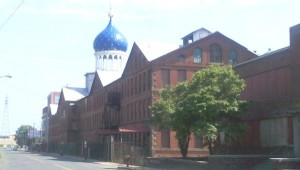 Designated a National Historic Landmark in 2008, the Coltsville Historic District offers a unique glimpse into life in mid-19th century America from the elegant “Armsmear” mansion of Samuel and Elizabeth Colt to the factory buildings of the Colt Firearms Manufacturing Company to the worker’s housing. Hartford Preservation Alliance is proud to serve on the Coltsville Ad Hoc Committee and continues to work tirelessly with local, state and national partners in obtaining National Park status for this important and irreplaceable historic site.

Read about the progress to-date and future plans for the Coltsville National Historic Landmark, view pictures of Colts (both past and present) and use the interactive map of the buildings on site.