On February 14, 2020, the Hartford Preservation Alliance announced its
2020 Endangered Properties List. These properties are: 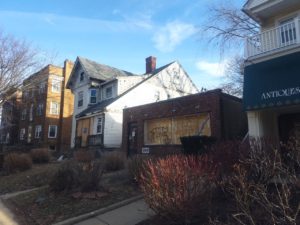 Cited on previous endangered lists due, in large part, to having one of the last carriage barns in the city, hopes were raised for this property when it was purchased in 2018. But permits for renovations have expired and the vacancy and blight of the former restaurant also on this site warrants concern. 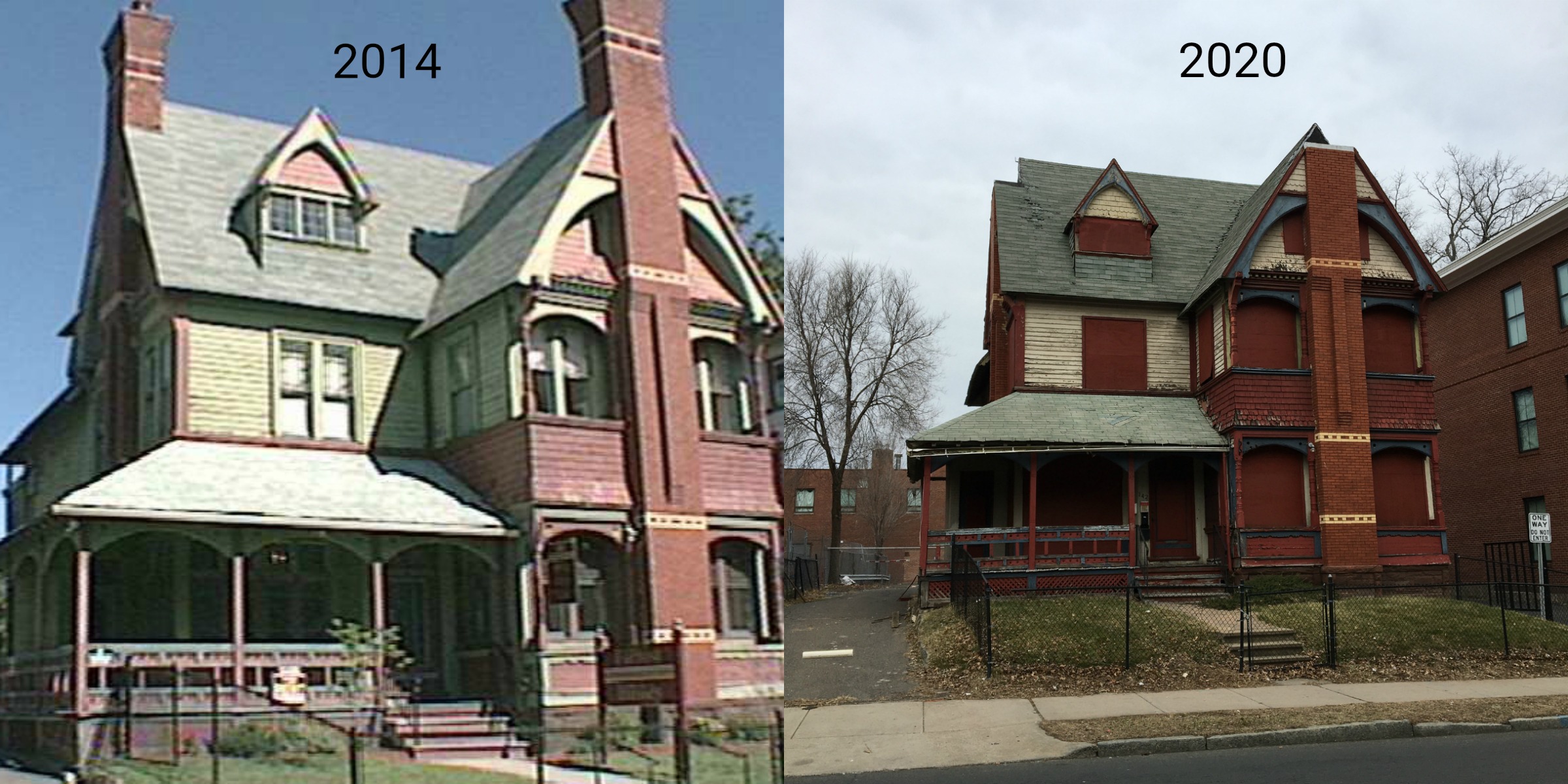 Levi Felt began his business career at the age of 15 as an office boy for a Hartford start-up company – Travelers Insurance – and retired 48 years later as its Comptroller. This unique Queen Anne residence was singled out as one of the most notable properties when the historic district was formed in 1979. Sadly, it is one of many historic buildings in the area, some of which have not been listed on the National or State Registers of Historic Places and are outside the protection of the Hartford Historic Preservation Ordinance, that have been purchased by a corporate owner and left vacant. A recent site visit has revealed that sections of the ornamented chimneys – features that contribute to its architectural value – have been removed. 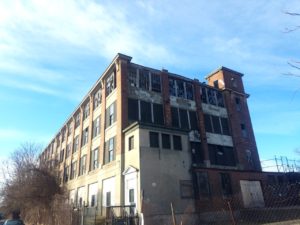 When Swedish-born inventor and engineer Bengt M. W. Hanson partnered with Clarence E. Whitney to begin manufacturing machine tools that Hanson had patented, they located their factory in an area of Hartford with easy access to transportation, abundant housing stock, and community amenities including a school, park and local shops. The Parkville Neighborhood Revitalization Zone believes that the rehabilitation of this long-neglected property is a necessary first step for the clean up and development of the adjacent abandoned industrial site. Parkville today retains its historic factory village infrastructure, making it a prime target for transit-oriented and historic preservation development. 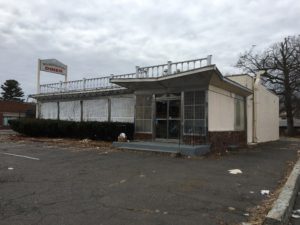 The Washington Diner is one of only three known diners left in Hartford. Surviving diners can draw an eclectic crowd of patrons and fill a niche between fast food and upper-end restaurants. The protection of the city’s preservation ordinance has spared the loss of the Comet Diner on Farmington Avenue, but this diner could easily be lost to demolition by neglect. Since it is not listed on the State or National Registers of Historic Places, it is not protected from demolition by the city preservation ordinance. 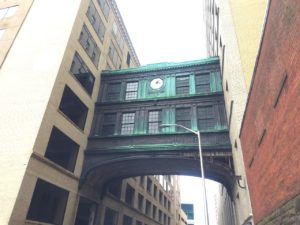 The copper-clad pedestrian bridge was built to connect the G. Fox and Company department store to its warehouse building on Talcott Street. A panel on the west side of the bridge fell off in 2017 and was, regrettably, cut up for scrap by workers unaware of the historic nature of the structure. Funding from the State Historic Preservation Office will allow HPA to provide training to Hartford city departments on recognizing historic structures and sites, and the resources available for their preservation. The anticipated rehabilitation of One Talcott Street will hopefully also include the restoration if this unique structure. 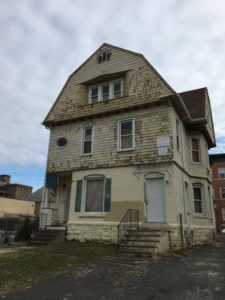 The condition of this property, located within sight of a major commuter artery, has not improved since we identified it as endangered in 2017. Vacant and abandoned buildings located along high traffic routes – whether highways or city streets – act as billboard that falsely promote the city is dangerous and in decline. This site is one of many distressed properties along the Farmington Avenue corridor that collectively having a negative impact on real estate values and community identity. 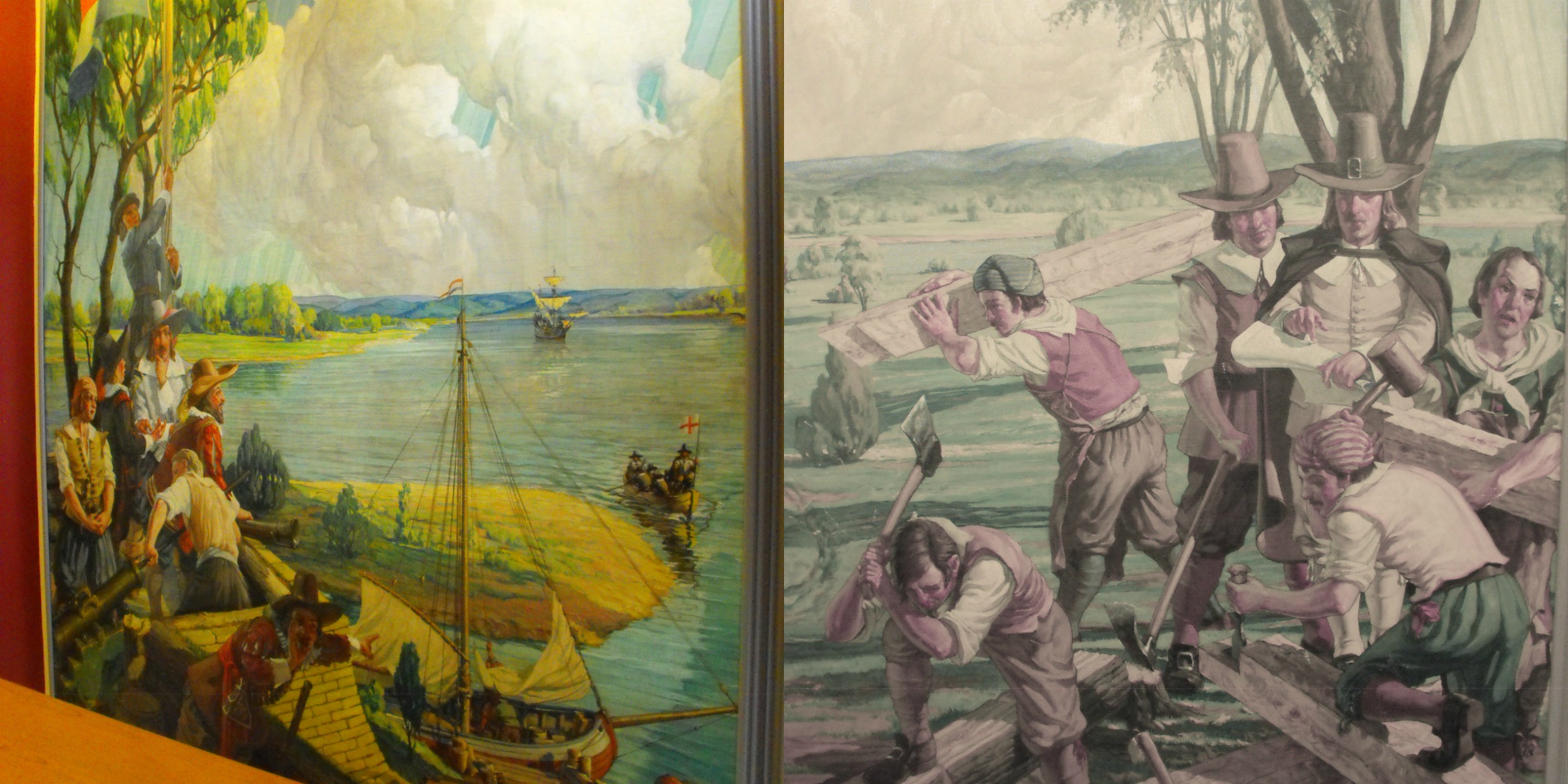 In 1935, the City of Hartford received two murals painted under the Federal Emergency Relief Administration’s Public Works of Art Project. West Hartford artist Walter O. R. Korder, under the guidance and direction of a special city committee, created these paintings that depict the arrival in 1634 of the Massachusetts Bay Colony bark Blessing at Dutch Point and the construction of John Talcott’s house in 1635. The murals were originally installed on the second floor of the Municipal Building (City Hall) and were subsequently moved to the Donaghue Building at 521 Main Street. Since the city is now entertaining bids from developers for the renovation of this building, time is of the essence to find a new and appropriate home for them, hopefully in a location that will allow public access and viewing. Steps also need to be taken to ensure that the city employees assigned to move them recognize their value, both monetary and historic. The “discovery” of these cultural artifacts presents an opportunity to open a discussion about the rich history of Hartford outside of the Puritan settler narrative.

For further information on these or any other historic Hartford buildings,
feel free to contact: