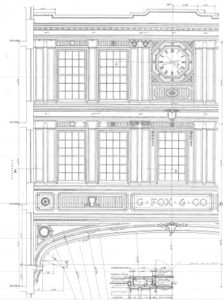 The copper-clad pedestrian bridge was built to connect the G. Fox and Company department store to its warehouse building on Talcott Street and was listed on our 2020 Endangered Buildings List. In November 2020, the owners for this site were denied permission for demolition of the bridge and the connected parking garage without having plans for future site development. Another hearing on this site is scheduled for the March 17, 2021 Hartford Preservation Commission meeting. Given that this structure is a one-of-a-kind Hartford treasure, and its status as being a contributing resource to the historic district, it is imperative that the developers incorporate preservation of the bridge where it currently is sited in their plans. 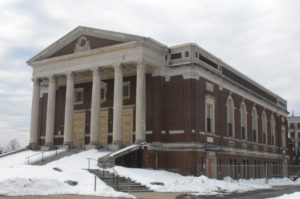 The church was purchased by the State of Connecticut in 2007 with the intention of using it for archival storage for the adjacent Connecticut State Library and rehearsal space for the Hartford Symphony Orchestra. Plans and funding never appeared and, apart from serving as an emergency homeless shelter in 2009, the building has remained vacant. The state began the process of putting the building up for sale in early 2020 but the COVID pandemic halted this plan. Situated in what the early planning community would have identified as a “civic center”, further delays in finding a developer for the site could potentially result in its restoration being economically unfeasible. 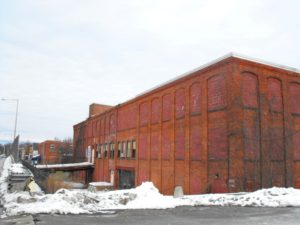 Owned by the City of Hartford, concerns for the fate of this building were heightened when a section of the east wall collapsed last year. Built by the nationally renowned Austin Organ Company, the building was sold in 1937 to the Windsor Shade Tobacco Company. Mill buildings like this are well-suited to adaptive reuse and historic factories such as this could easily be transformed into a small business and entrepreneurial “incubator” to promote economic and job growth. 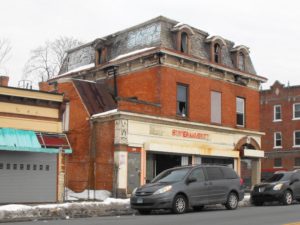 This former brewery and tavern was listed on our first Endangered Buildings List in 2015 and regrettably continues to languish on a major street. Allowing vacant and blighted buildings to remain, especially on this heavily travelled street, runs counter to the optimism and renewed vibrancy being created through the ongoing and future development of the downtown North area and the completion of Albany Avenue Streetscape project. HPA joins with the Clay Arsenal Revitalization Association in urging the City of Hartford to prioritize offering this property for sale to a developer who will restore it back into a contributing resource in one of our oldest historic neighborhoods. 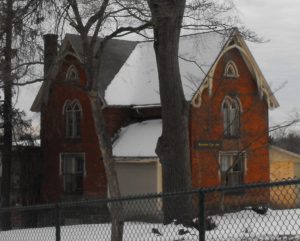 As part of the forthcoming Coltsville National Park, these buildings will be important in helping us tell the story of the working men and women who were the prime agents in the development of Hartford as a commercial and industrial powerhouse. We have also included these buildings to highlight the importance that corporate, community, and individual support will be in supporting and funding the Coltsville Heritage Partnership, a community-based nonprofit that will act as the “friends of” the national park and will be tasked with contributing to the funds that will be needed for the restoration and reuse of these structures. 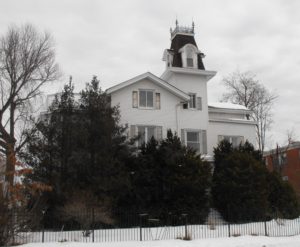 This example of an Italianate Villa house design reminds us that not all of Hartford’s affluent citizens lived on Asylum Hill in the late 19th century. The home was most likely built for George W. Fuller who, at the age of eighteen, came to Hartford as a harness maker and later prospered in business as a trunk manufacturer. The Thomas F. Farley Funeral Home (later the Farley-Sullivan Funeral Home) operated here from 1943 until 1996. Now vacant for many years, this property would better serve the Barry Square neighborhood being occupied, whether as residential units or mixed use with offices.

Note: Many of urban Victorian-era residences remain standing today because of their reuse as funeral homes. 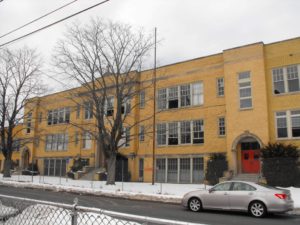 The partnership of Frank W. Whiton and John J. McMahon designed many of Hartford’s early 20th century schools including Kinsella, Naylor, Moylan, and Burr Schools. Public schools not only educated Hartford’s young citizens – they were and are important neighborhood assets and the centers of local community activity. Hopes were high in 2018 when St. Augustine’s School, along with St. Peter’s Church and School on Main Street, were sold for redevelopment. Unfortunately, this out-of-state owner has been slow in development and, in the case of St. Augustine’s, has left the vacant building open to the weather and the elements. The current condition of this building serves as a cautionary tale that proposed developers of our historic assets need to properly vetted to increase the probability that development will occur. 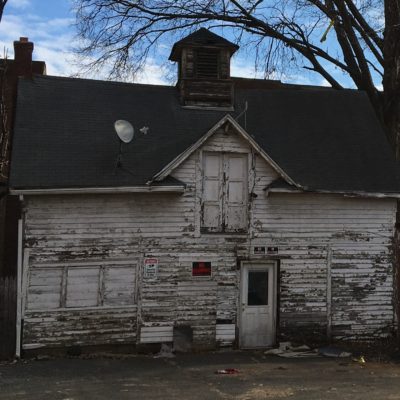 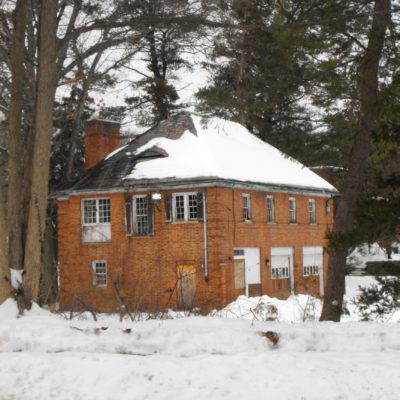 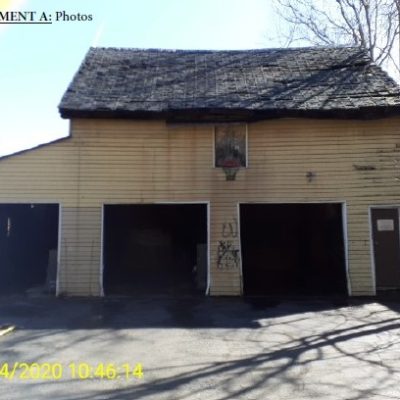 Sadly, Hartford continues to lose these outbuildings particularly through unpermitted and unapproved demolition. Often old carriage barns and early garages (originally known as “automobile houses”) suffer from deferred maintenance and demolition by neglect. In addition to documenting the history of our streets and neighborhoods, these buildings can be repurposed as auxiliary residential units, studios, and home offices.